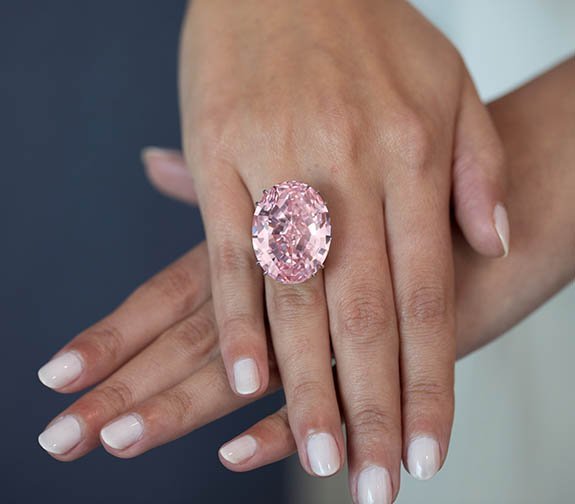 The 59.60-carat “Pink Star” diamond has sold for a record-setting $71 million at auction in Hong Kong.

The buyer was jewelry giant Chow Tai Fook, Bloomberg reports. Sotheby’s wrote in a tweet that the price is “a new record for any diamond or jewel at auction.”

The gem is the largest internally flawless, fancy vivid pink diamond ever graded by the Gemological Institute of America.

Before the auction, only one diamond had  stood in the way   of the Pink Star claiming the title of most gemstone ever sold at auction: the 14.62-carat Oppenheimer Blue. The fancy vivid blue diamond sold at Christie’s Geneva last year for nearly $58 million.

Oddly enough, the Pink Star sold for an even higher price — $83 million — in 2013 at Sotheby’s Geneva. But that sale was canceled.

Valentine’s Day is the most romantic holiday

Sign up to receive exclusive member updates, specials, product education, and much much more!